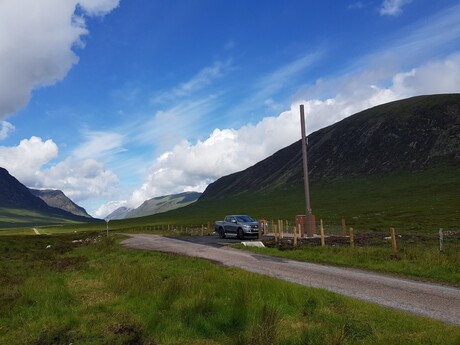 EE has announced the build completion of its 500th new site — in Glencoe, Scotland — for the UK’s Emergency Services Network (ESN).

Once activated, the Glencoe site will deliver 4G connectivity to more than 65 square kilometres of the Scottish Highlands on an 800 MHz signal.

In addition, EE has continued the extensive network rollout for the ESN in hard-to-reach areas across the UK, including more than 30 sites during June–July alone.

This includes five new sites in England across the Lake District and South Downs National Parks, as well as Devon and Cornwall.

A further five sites in Wales and an additional 18 sites in remote locations across Scotland such as Cairngorm and Loch Lomond National Parks have also been completed.

The company has also upgraded about 19,000 of its existing sites to 4G to make them ready for the ESN.

According to Ofcom, EE already covers 82% of rural geography across the UK and 84% of the UK landmass, which, EE says, is more than any other network.

EE is now working to build more than 100 extra ESN sites in rural areas in the coming months.

In addition to site builds and upgrades, EE has equipped a fleet of 4G rapid response vehicles and cells with satellite backhaul technology to provider further reassurance to emergency services workers that they will be equipped with the mobile coverage and capacity they need.

“With ESN, we are focused on building the coverage where the Emergency Services need it most to ensure they can best protect and serve society. Often this is in rural areas,” said Richard Harrap, Managing Director of ESN at EE.

“We’re also welcoming other operators to come in and share these sites to reduce the amount of infrastructure on the ground and increase coverage for everyone.

“This is in advance of the UK Government’s Shared Rural Network, which will also help us to reach even more hotspots to ensure that everyone benefits from improved coverage and choice,” he added.

Minister for Lords, Baroness Susan Williams, said that the “ESN will provide an innovative, mobile-based communications system to transform the response of our emergency services.

“Building increased coverage in rural locations throughout the UK is an essential part of the programme, and this milestone means we are ever closer to ensuring our dedicated police, fire and ambulance crews can communicate across and access some of the most hard-to-reach areas.”

“We are also opening up these masts for other mobile companies to use as part of our plans to bring 4G to every corner of the UK by 2025, so people in every part of the country will get good coverage wherever they live, work or travel,” added Digital Infrastructure Minister Matt Warman.