Finland strides ahead with its Virve 2.0 devices RFI 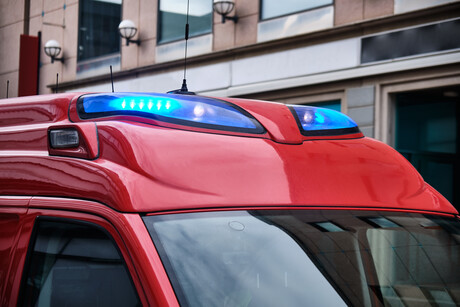 Finland’s Erillisverkot Group is seeking information from public safety end users about the types of communications devices they want to use.

Erillisverkot Group has issued an RFI for end-user devices that could be used by the country’s forthcoming public safety mobile broadband (PSMB) network, called Virve 2.0.

Finland is currently served by a national TETRA public safety radio network called Virve, operated by Erillisverkot Group (a non-profit company owned by the Finnish government). Virve is used by a wide variety of public agencies — such as the Emergency Response Centre Agency, fire and rescue services and police — as well as social services, defence forces, border guards, customs, railway operators and vital private businesses such as those in the energy sector.

Virve has 41,000 subscribers and more than 1300 base stations spread across the nation. On an average day, users make 150,000 group calls and send 7.5 million short data messages, the latter being far higher than for any other country.

Virve 2.0, however, will use commercial networks to provide PSMB capabilities for public safety agencies — such as priority and pre-emption powers — with Erillisverkot becoming a virtual operator (later to be upgraded to service provider status).

In April, Erillisverkot announced that it had selected Elisa to provide the Virve 2.0 radio access network as a service, with the core systems to be provided by Ericsson. Contracts were signed in May.

According to Erillisverkot, under the current phase — phase 1 — the building of the network is ongoing. Once ready for service next year, the network will be able to offer prioritised data, voice and other services to the public safety authorities and other users.

Phase 2 will see the service enhanced by the provision of 3GPP-specified mission-critical services, built on top of the core and virtualisation platform services implemented in phase 1.

In what could very well be the first public safety communications RFI of its kind anywhere in the world, Erillisverkot is sensibly seeking out the views and input of the end-user community. The feedback received will guide the ecosystem design process.

The RFI said that “The purpose of this document is to find out what kinds of devices users would like to use, would expect to use, or what kinds of devices the manufacturers plan to produce. What kinds of end-user devices and IoT devices can be used on the Virve 2.0 network in different kind of use cases and what is the availability, development stage and performance of those devices/peripherals/equipment?

“The scope of this document is limited to those devices that have direct Virve 2.0 connectivity ie, those devices with a Virve 2.0 UICC (SIM card or embedded SIM) inside them. Essential accessories and wearables are a natural part of the devices.”

Erillisverkot has invited answers and comments “from all parties working on public safety/PPDR mission-critical broadband communication solutions and applications, but we are especially interested in hearing from companies specialising in 3GPP-based end-user devices”.

The RFI seeks a wide variety of information about potential end-user devices, asking more than 100 questions on topics such:

The device and equipment types envisioned include:

Erillisverkot has set a closing date of 16 October 2020 for RFI submissions and feedback, with joint submissions permitted.

The national goals of Virve 2.0

Virve 2.0 is an ambitious project, intended to provide coverage for country of extremes — from lowland and coastal landscapes to rugged mountainous areas, from densely populated cities to sparsely populated rural areas, and in climatic environments from pleasant summers to harsh, snowbound winters.

The high-level national goals set for Virve 2.0 reflect the smart, considered and cooperative way in which Finland has assessed its needs and defined the project’s parameters, which are:

It’s fair to say that eyes of the mission-critical communications world are currently on Finland, as it works steadily and intelligently towards providing what will become a best-in-class PSMB capability. Many other nations, Australia included, could learn a thing or two from the way the Finnish authorities and Erillisverkot in particular have conducted the process.