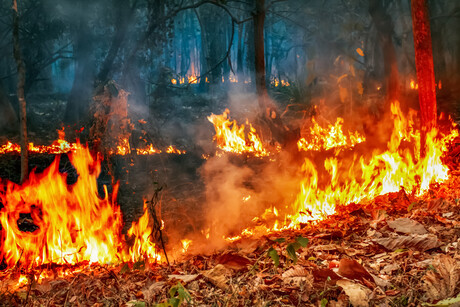 The COVID-19 pandemic and the bushfire disasters in late 2019 and earlier this year have once again — and more powerfully than ever — highlighted the criticality of telecommunications infrastructure for all Australians. With all aspects of our lives now being digitised in some form or another, telecommunications networks are essential to the functioning of Australia’s economy and society, especially in emergencies.

Telecommunications infrastructure has held up well in the recent crises: mobile and fixed voice and broadband services saw no major congestion and in many cases delivered even higher speeds than prior to the pandemic. Although the savage bushfire season caused significant disruption to telecommunication infrastructure and services in affected areas, 88% of outages were caused by loss of mains power, meaning that carriers’ restoration efforts largely hinged on power networks becoming operational again.

Yet, as we move into another bushfire and cyclone season, and with the pandemic not behind us, we must not rest or become complacent.

Our industry stands united behind the objective to further improve the resilience of our sector’s infrastructure, targeted to ensure that Australian communities have access to high-quality, uninterrupted communications, including vital emergency services, during times of crises.

The telecommunications sector, like many other sectors, has engaged closely with the Royal Commission into National Natural Disaster Arrangements and will strive to implement recommendations flowing from this process.

Independent of the findings of the Commission, it is clear that Australia can only successfully tackle major disasters if we work together across sectors, all layers of government and together with Australian communities.

Therefore, fixed and mobile carriers, together with a broad range of stakeholders from federal and state emergency organisations, have recently developed the Telecommunications Emergency Communications Protocol. This protocol constitutes a common operating model for telecommunications disaster management to underpin the efficient interaction between Australian Government agencies and telecommunications carriers.

Communications Alliance and Energy Networks Australia have also recently signed a memorandum of understanding to enhance effective collaboration and coordination between telecommunications and electricity networks in preparing for and responding to emergencies at a local, regional and state level, and to support the recovery of communities in those areas.

Warning Australians of dangers and delivering targeted information into affected areas is crucial but can be challenging during emergencies. Cell broadcasting, a standards-based technology that is already being used in New Zealand and internationally, offers capabilities that would help overcome many of those challenges. Australia’s mobile operators stand ready to engage with government over ways of how such a solution could be implemented here in Australia.

Beyond the resilience of networks, it is important that Australians themselves know what to do to maximise the availability of communications to them in times of crisis. We are assisting the federal government with the development of a communications program designed to provide targeted information in disaster-prone areas about access to telecommunications during emergencies and natural disasters. Much in the same way as Australians prepare with evacuation plans, they need to have a telecoms emergency plan to help them out when disasters hit.

John Stanton is CEO of the Communications Alliance. Previously he was CEO of People Telecom (2006–09), UK President and Director of Intelsat Global Sales & Marketing and of the Data, Carrier and Internet Business Unit (2001–05), Vice President of Sales and Marketing for Intelsat US (1999–2001) and Chairman of the Intelsat Board (1996–97). Prior to that he became Manager of Public Affairs for Telstra in 1992 after the merger with OTC.

Vanuatu's national government will get an upgraded emergency radio network under a joint...

Incorporate mission-critical data as part of your comms solution

Australia joins Japan, US to fund undersea cable in Palau